Since its inception, the Columbia Climate School's International Research Institute for Climate and Society has transformed the way the world thinks about climate and climate adaptation. For decades, the IRI has helped to build bridges between people who generate climate information and people who need it, in order to protect against food insecurity, disease outbreaks, and more. The institute celebrated its many achievements in a 25th anniversary event on September 16.

Translating research into action is not normally a focus of the natural sciences, but it has been an essential part of IRI's mission since the very beginning, said Maureen Raymo, co-founding dean of the Columbia Climate School and director of Columbia's Lamont-Doherty Earth Observatory.

"IRI was created not just to produce climate research, but to help decision makers understand how they can use the results of that research to improve their decision making and better manage climate risks," said Raymo. "IRI works at the boundaries between climate science and climate action, between information producers and information users."

The International Research Institute for Climate and Society issued its first public forecast (left) in September 1997 â 25 years ago. It was groundbreaking to present a seasonal forecast showing the probability of rainfall conditions being normal, above normal, and below normal, said Andy Robertson, a senior research scientist in the IRI Climate Group. âItâs now become the standard form for the way that seasonal forecasts are made.â The map on the right shows September 2022âs forecast for the same area.

Before IRI, "most meteorologists and indeed most scientists thought climate was an intractable problem," explained retired NOAA scientist Michael Hall in a video recorded for the event. "It was simply too complicated. And then came the results of the Cane and Zebiak original paper."

In 1986, Mark Cane and Steve Zebiak — who would later help create the IRI — published the first forecast of El NiÃ±o's behavior. The El NiÃ±o climate cycle affects precipitation and temperature patterns across the globe, thus influencing agriculture, disease outbreaks, and natural disasters. Cane and Zebiak were the first to construct a model explaining how it worked and showing that the cycles could be predicted.

"That was a breakthrough in the evolution of climate science," said Hall, "because it indicated that there was some predictability in the system and something we could get our teeth into."

The event memorialized two colleagues who were fundamental in the IRIâs growth and development. Lisa Goddard (left) served as IRI director for 10 years. She helped to establish the ACToday Columbia World Project, which used climate services to combat hunger and increase food security in six developing countries. Colleagues remembered her as a good communicator, a great colleague and mentor, and a very honest person. Benno Blumenthal (right) helped to establish the IRI Data Library, which simplifies finding and working with climate data, and is used by 30,000 visitors every month, including forecasters and researchers from around the world.

Cane said that when he and Zebiak and their co-authors published the first El NiÃ±o forecasts, they thought it would change the world for the better. "We’re scientists. We were very naive, and we put the forecasts out there with a sort of attitude of, well, âIf you build it, they will come.'" Although the forecasts were received enthusiastically by commodities brokers, Cane said they didn't hear anything from the poor farmers they had been hoping to help.

"We really had no sense of all of the barriers between what we were doing and what it took to make that useful," said Cane. That realization drove the creation of the IRI, which officially came into existence as a NOAA pilot project in 1994. Now, 35 years after Cane and Zebiak's paper, "we have so much more sense of how to make that work, and indeed we have made it work," said Cane.

Together with local, national, and international partners, the IRI has helped to deliver climate services across the planet, especially in developing countries.

In fact, the IRI worked with the World Meteorological Organization to define the term âclimate services,' which provide information to help individuals and organizations make climate-smart decisions. During the anniversary event, IRI director John Furlow explained the holistic meaning behind the term.

"Climate services goes well beyond the production of data," he said. "It includes understanding the user, too — the people that you want to be able to take in that information and use it in their decision making. It involves understanding their needs and then translating the information into terms that they can use, rather than probabilities or data that they may not want to work with. It involves making sure that it reaches the people who need it. You have to communicate it properly and via mechanisms that can reach people. And then finally, you want it embedded in standard practice. You don’t want the use of the better information or practices to go away when the project ends and the foreigners leave."

And that's exactly what IRI does. It starts by working with local stakeholders to understand their needs. It co-produces data and forecasts that are vital in understanding outlooks for agriculture, natural disasters, disease risks, migration patterns, and more — information that can be used to improve food security and nutrition, save lives and livelihoods, and build resilience. And it shares that information, training local governments and decision makers on how to interpret and use the forecasts themselves.

As an example of the latter, Amanda Grossi, a senior staff associate at IRI who has been working in Ethiopia and Senegal on the ACToday food security project, said that IRI has been developing "a skills-based curriculum for 70,000 agricultural advisors or extensionists who reach 16 million farmers. That curriculum helps these folks to actually understand and use the meteorological information that’s available in their countries and communicate that to farmers." She added that the team is also developing curricula for 10 universities in Ethiopia, so that when students graduate, they have skills to use and understand climate information.

Before the IRI came on the scene, climate scientists were framing climate in terms of what to expect 80 or 100 years from now, Grossi pointed out. That kind of information is simply not useful to farmers who are worried about the next few weeks, the next season, or the next year.

"So the IRI comes on the scene, and we change this culture of thinking about time scales," explained Grossi. "We help to build a new culture in which adaptation and resilience is not just focused on this future climate, but also current climate and the near-term climate."

If a farmer can get location-specific climate information, for example, they can know what to plant this season, and when and how to plant it — or, when to save their seed for another year. By focusing on information that can help people make informed decisions, Grossi said that IRI has shaped agricultural approaches to climate change around the globe.

Changing the timescale is also crucial for helping developing countries adapt to longer-term climate change, explained IRI senior research scientist Walter Baethgen. "The best recipe for paralysis is you provide a policymaker with information that is very far in the future and that has some uncertainty. Then for sure nothing’s going to happen."

Baethgen explained that IRI helped to move the problem of climate change from the future to the present. Based on IRI's leadership, major agricultural networks now begin the climate adaptation process by first asking, âHow can we improve resilience today?' This is the best way to start improving adaptation to the future climate, said Baethgen. 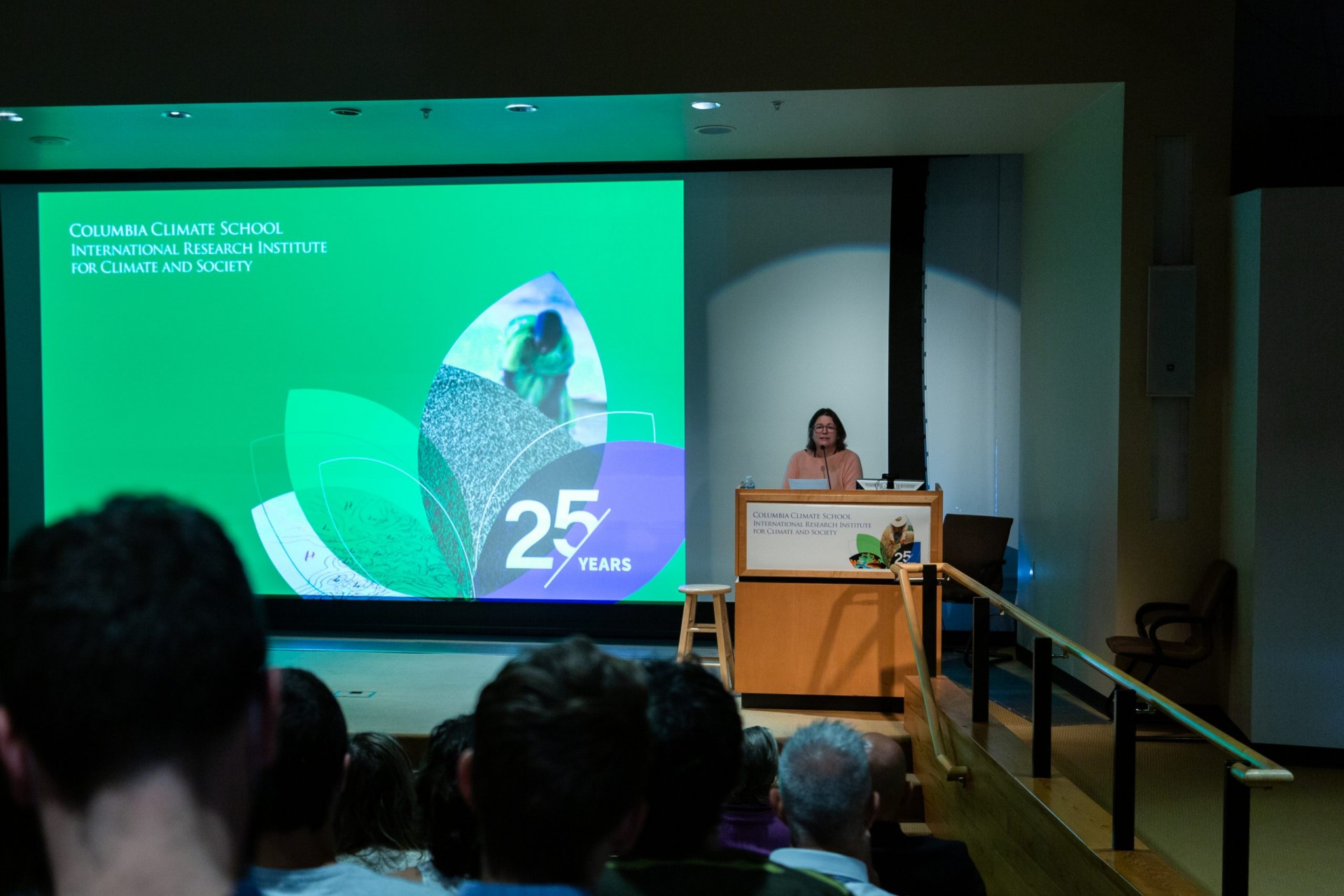 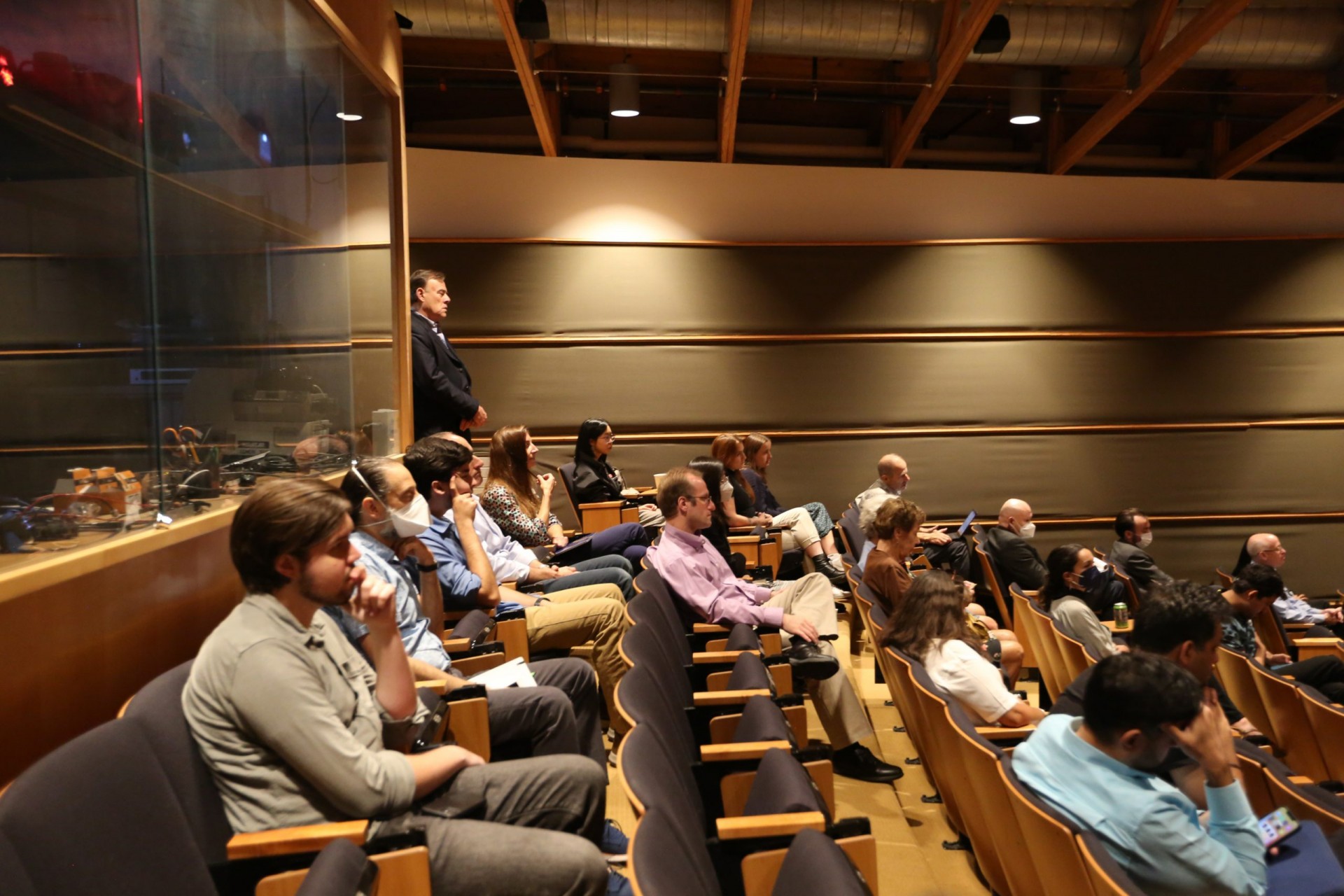 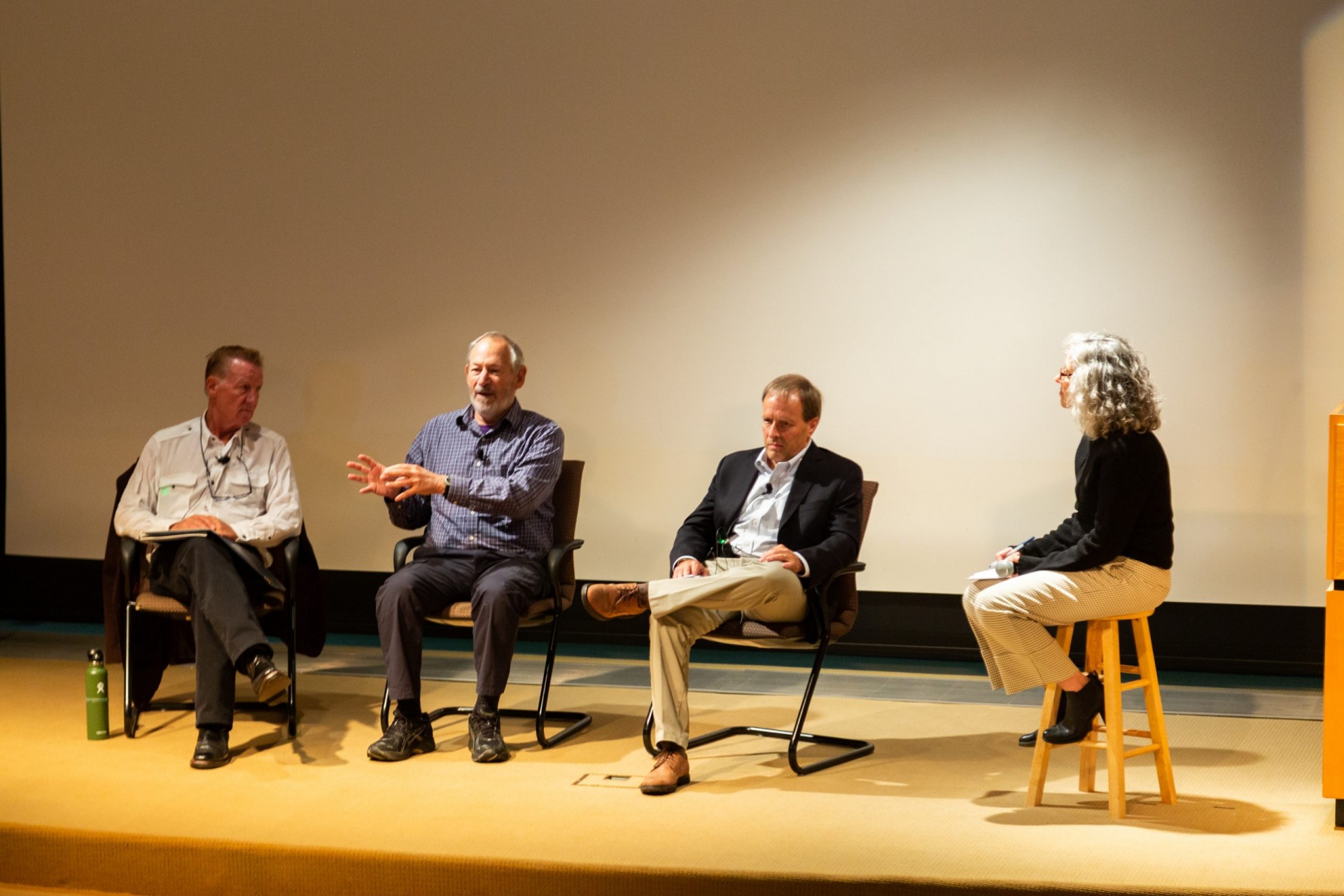 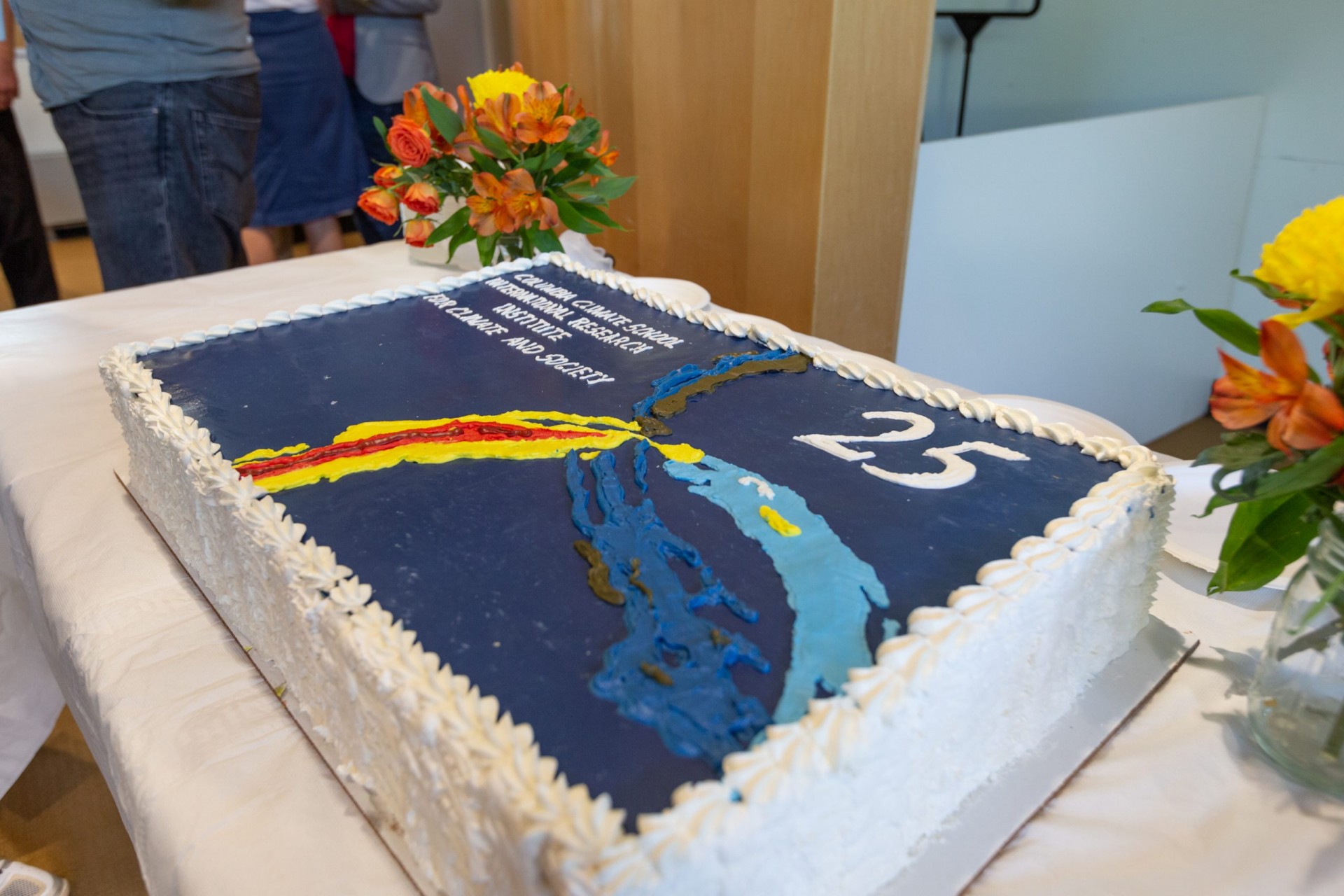 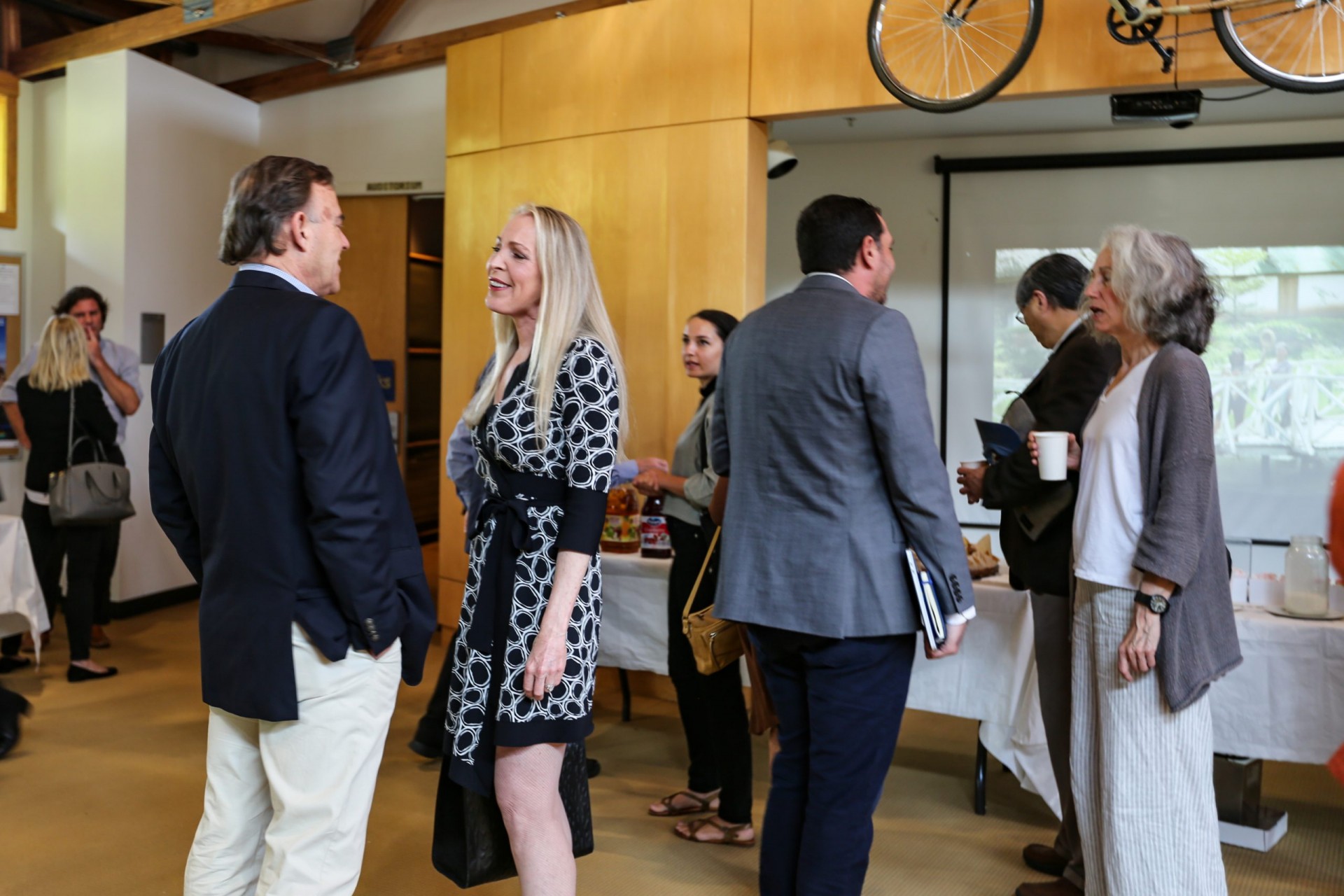 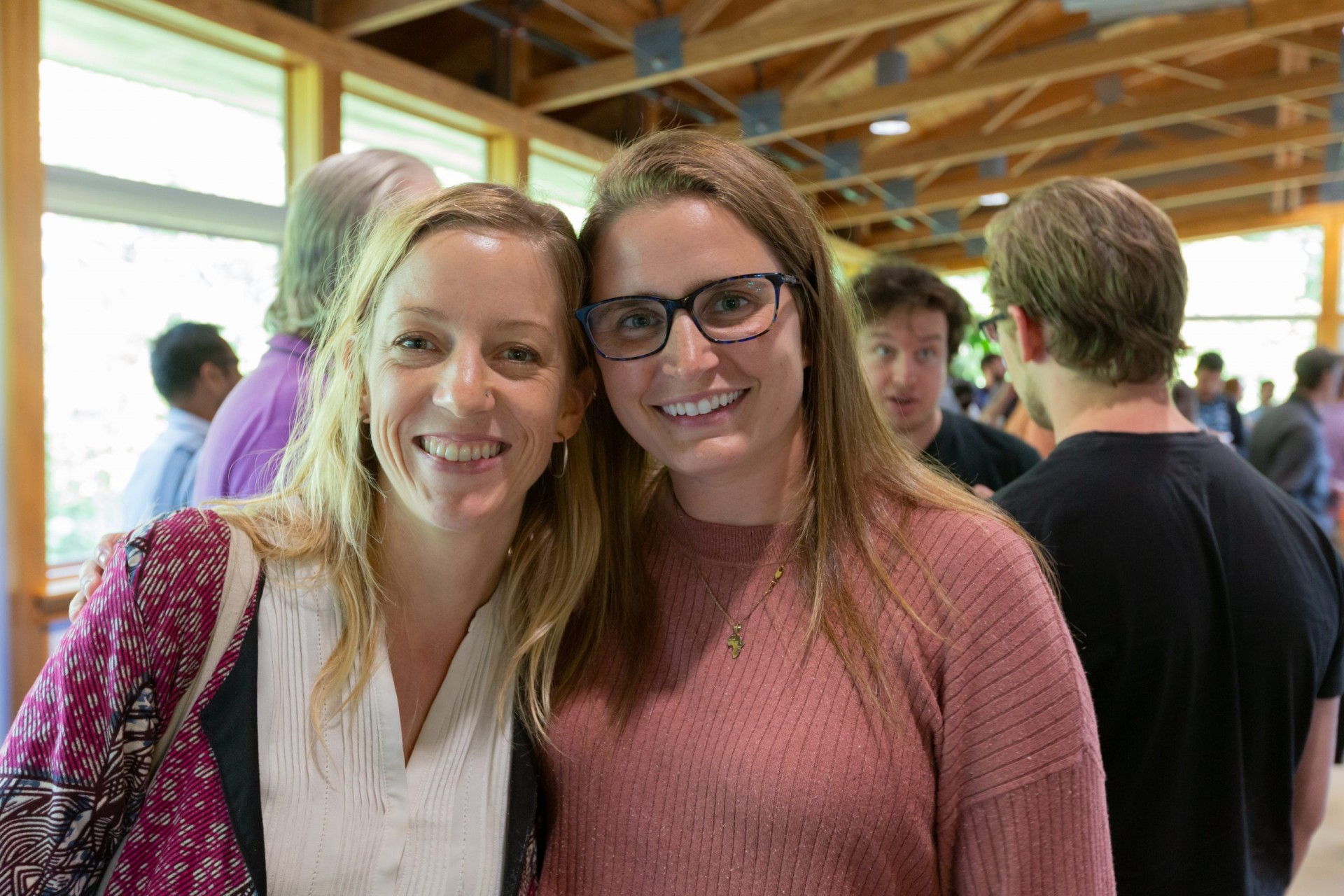 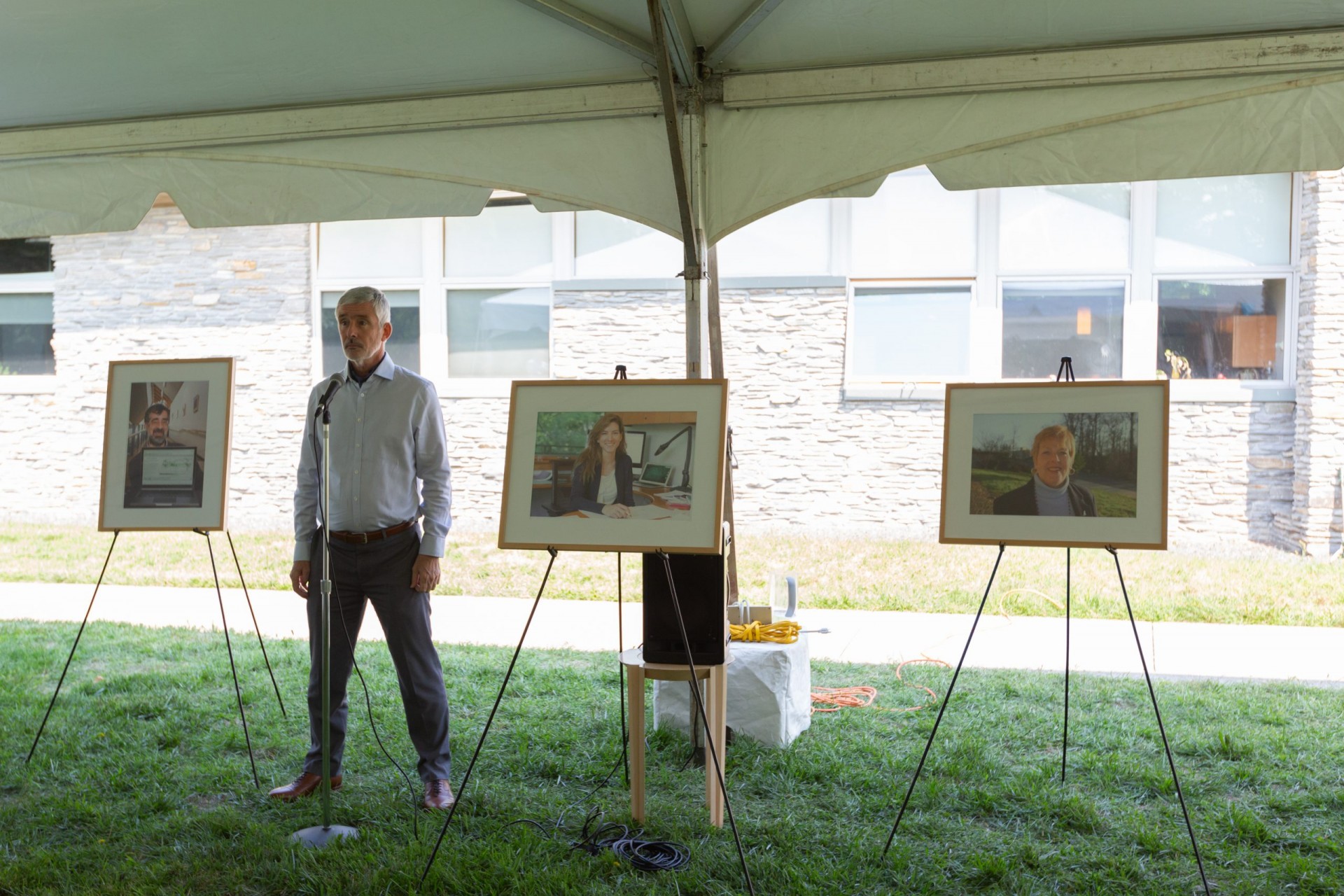 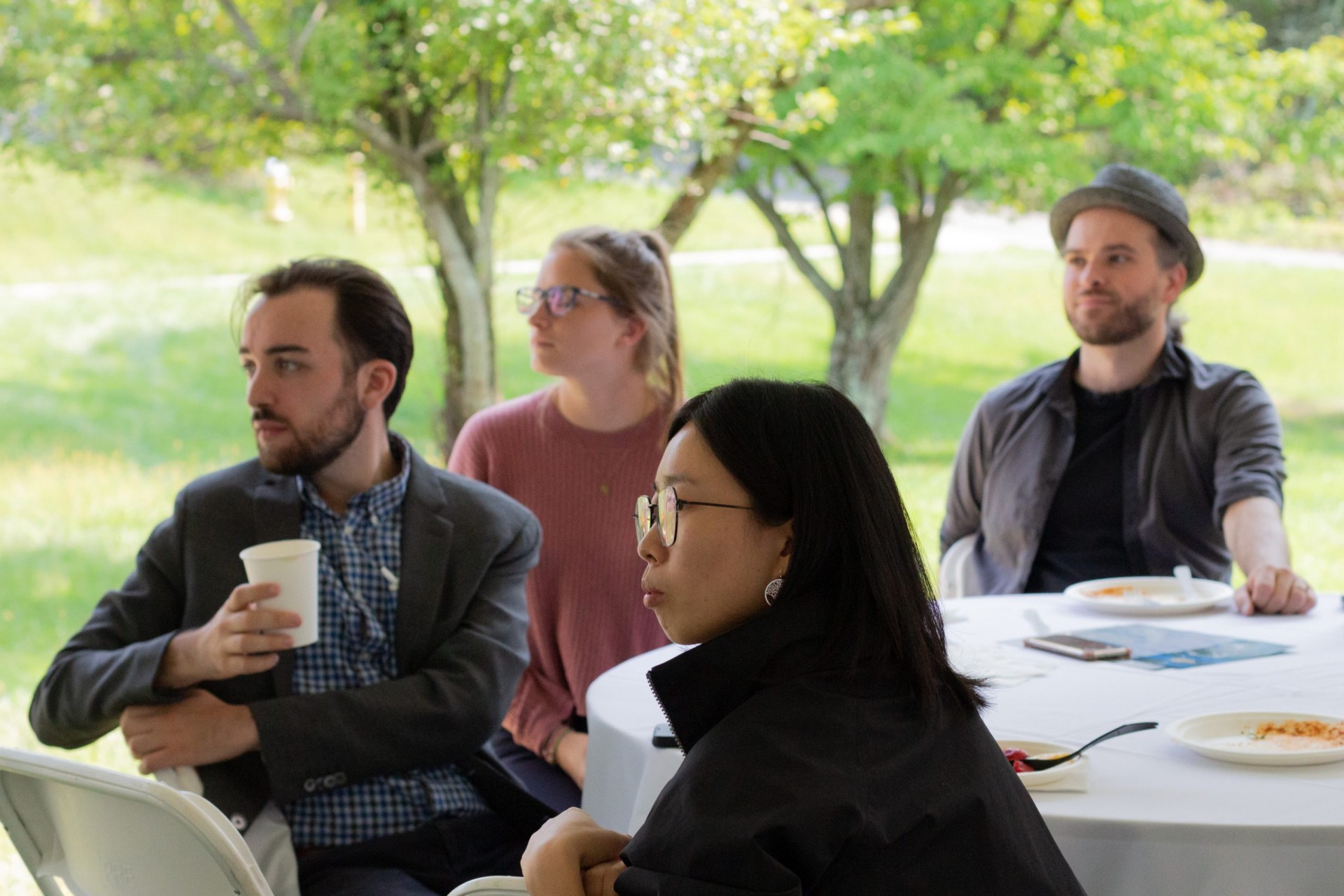 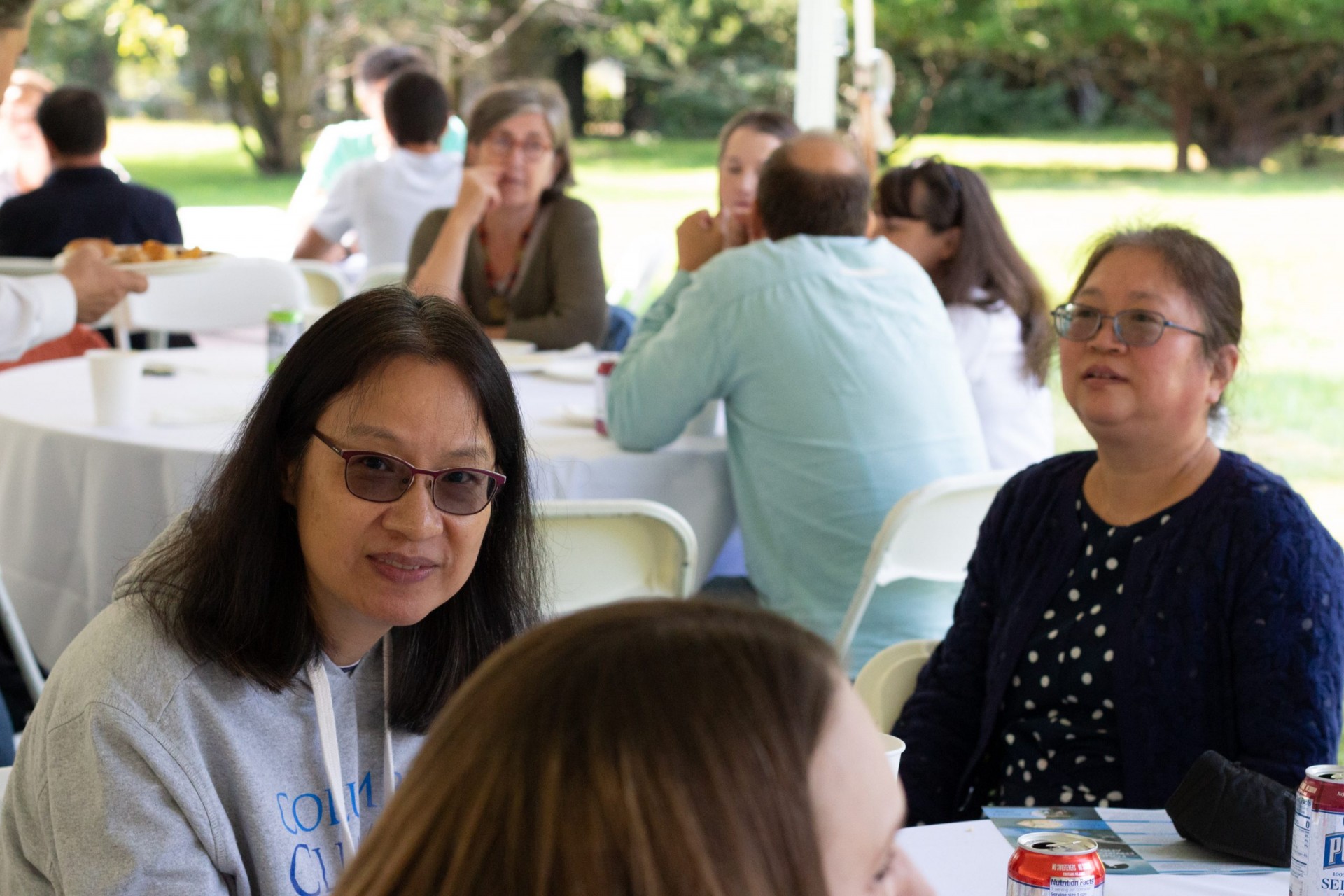 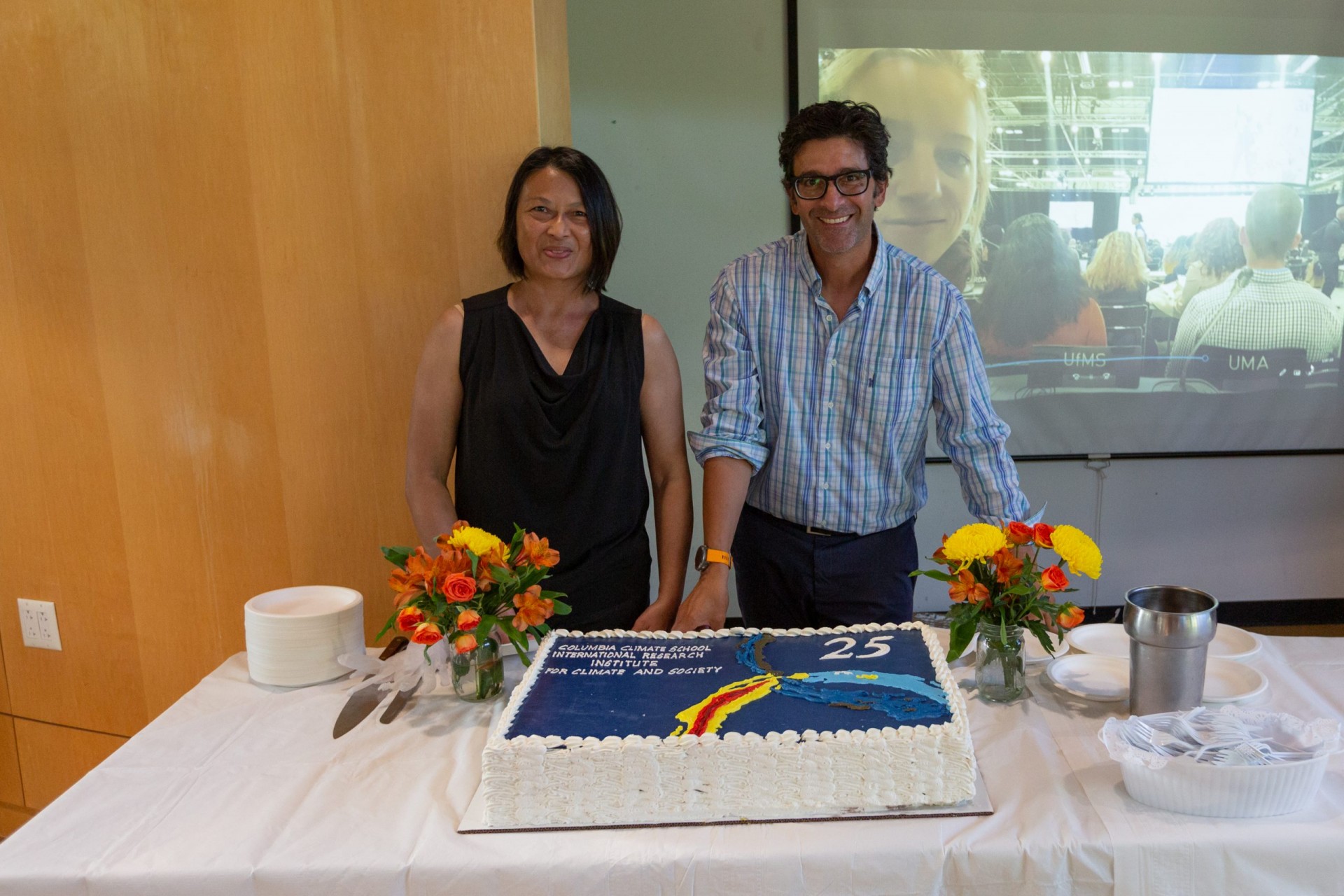 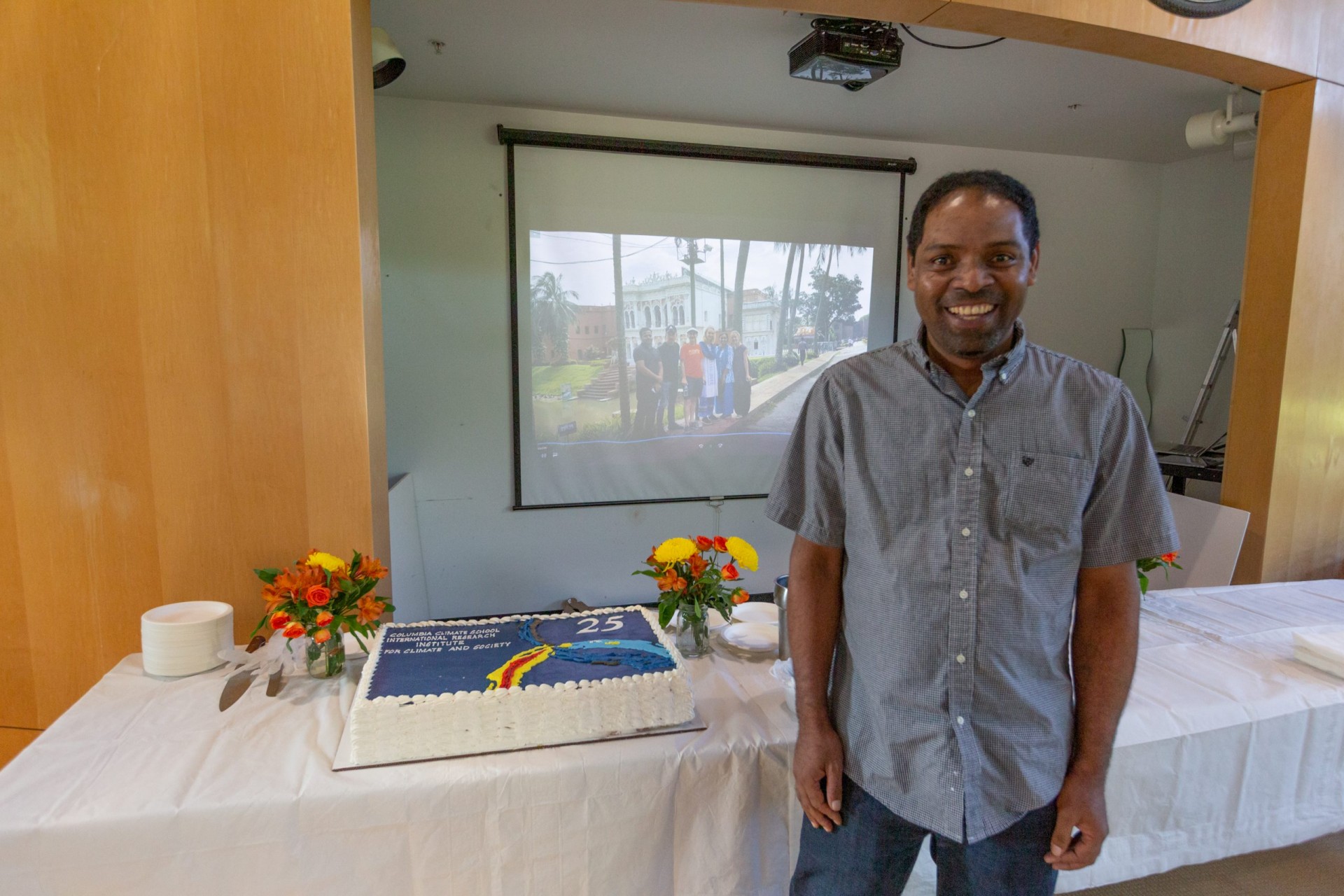 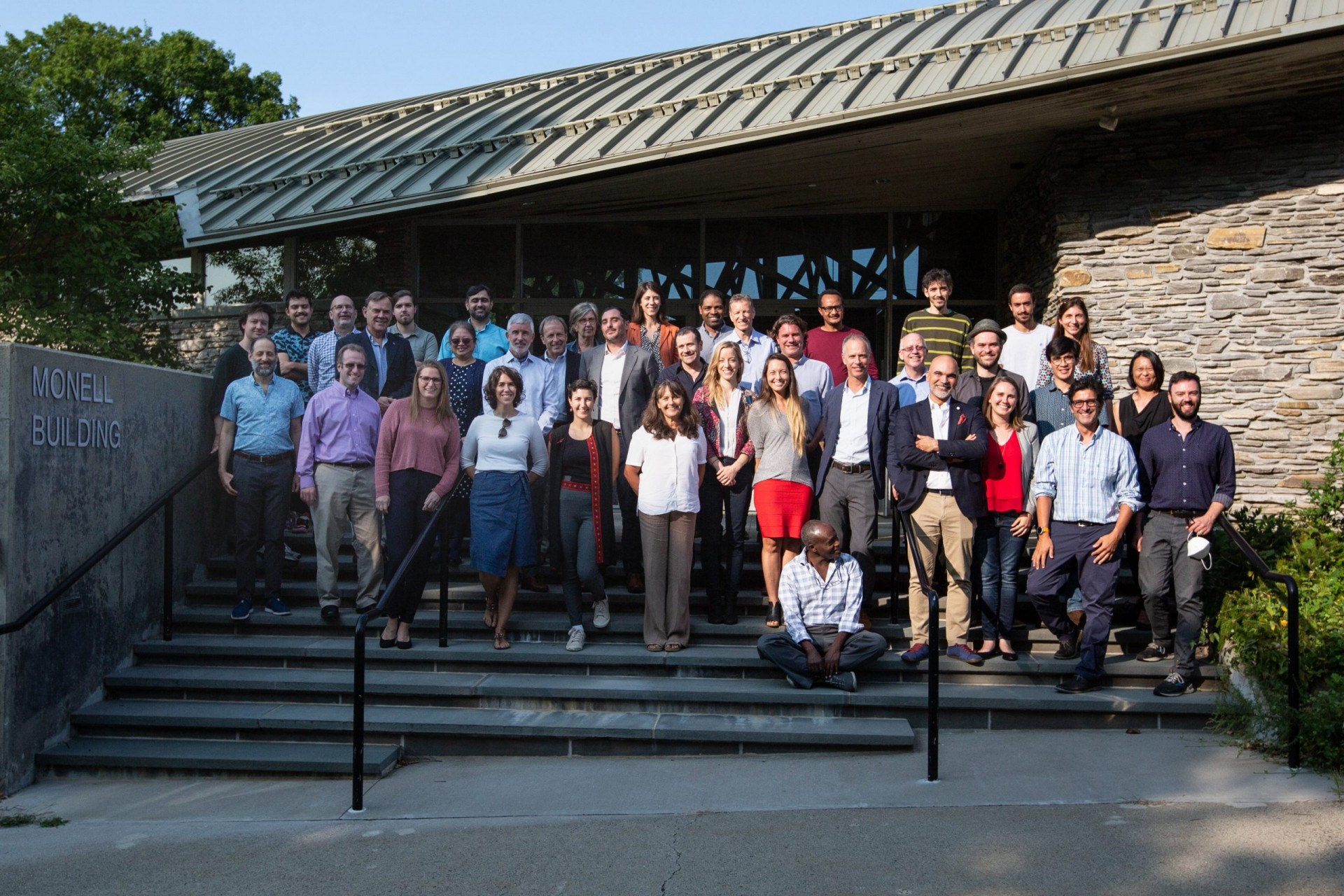 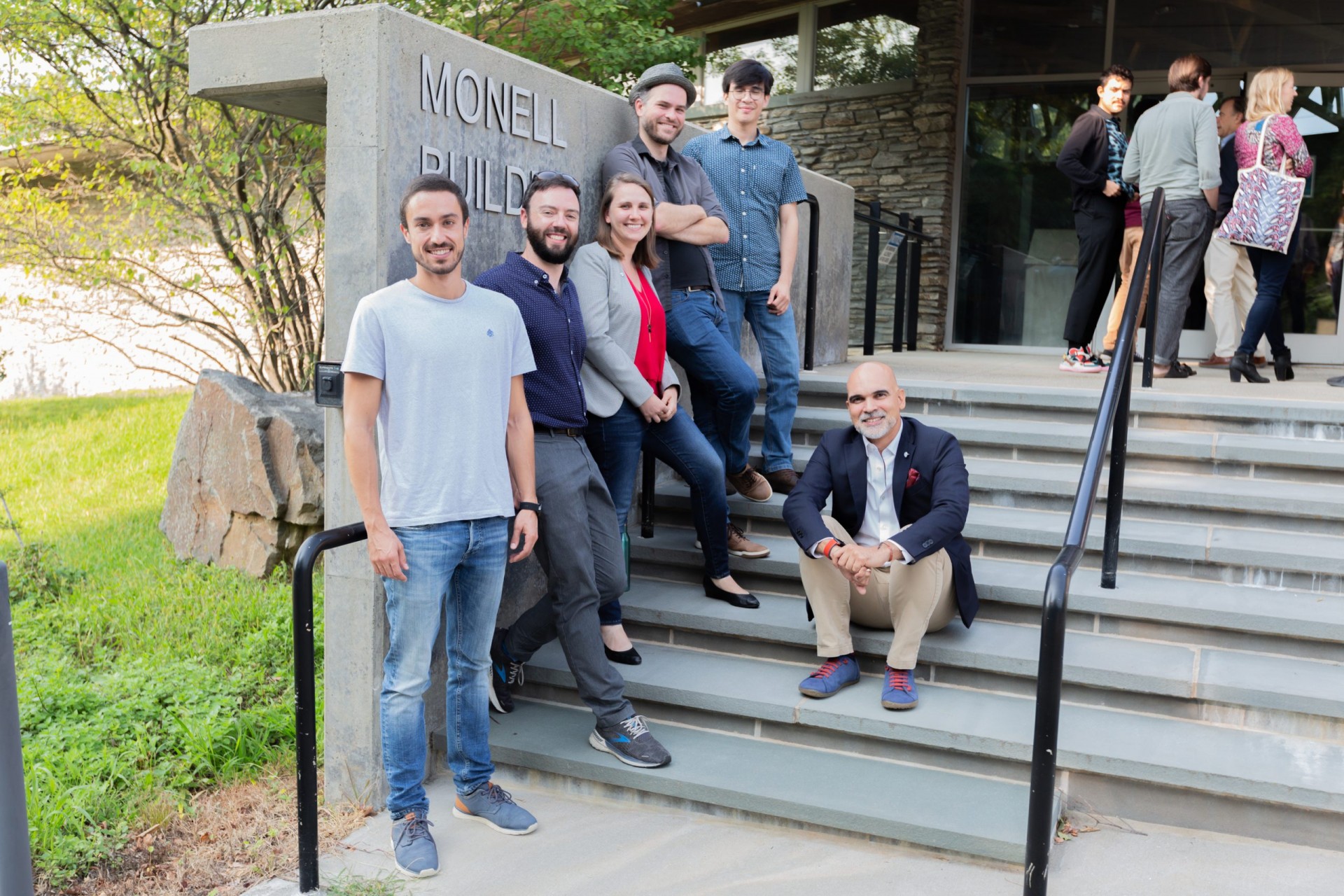 "IRI’s methods and technology are used in hundreds of countries by thousands of people," said Raymo. Throughout the event, IRI's accomplishments and successes were enumerated.

Daniel Osgood explained how his team works with farmers in the developing world to design index insurance and other financial products that protect against weather shocks. Governments can use the forecasts to trigger a fund to take advantage of a good year by planting high-producing seeds, he said, or to help protect people from a bad year. Similarly, individual farmers could act on the information by taking out a loan for seed during a good year, or counting on an insurance payout during a drought.

In Rwanda, IRI has helped to fill a 15-year gap in the climate record that resulted from its civil war and genocide. The institution has expanded this type of work to more than a dozen countries around the world.

In the humanitarian sector, relief agencies had been trying to move from reacting to disasters to anticipating them, and in 2008, the West African Center of the Red Cross used a forecast created at IRI to, for the first time, mobilize resources ahead of time. The damages from that flood were much lower than the previous one, said Baethgen.

In many cases, the impacts of IRI's work go well beyond climate, agriculture, and disasters. For example, said Grossi, if a Senegalese farmer has a bad year, not only does that impact his ability to feed his family, but he may not be able to send his kids to school. Or, he may only send his boys to school and the girls get left behind.

When climate information is translated into a useful service, said Grossi, individuals can turn collateral damage into a positive impact.

The next big challenge for IRI to tackle, according to Andy Robertson, is forecasting 3-4 weeks in advance. "For years we’ve been able to forecast the weather pretty well," he said. "And likewise, since the breakthroughs of Cane and Zebiak, the IRI, and others, seasonal outlooks are a reality. But in the middle, there’s been this so-called predictability desert where you couldn’t say much."

IRI has already been working with partners to fill that gap between weather and climate forecasts. Robertson provided an example of one such subseasonal forecast that was generated on April 22 of this year, showing that there were higher chances of above normal temperatures in India in May, and the forecast turned out to be quite accurate.

"We need information on all timescales," said Robertson. "Tying these things together — I see that as the task for the future."

John Furlow mentioned that being a part of the Columbia Climate School is helping the IRI to build partnerships across the university and expand the scope of its work — for example, they are now working with Columbia's Center for Global Energy Policy, looking at ways to bring seasonal forecasts into the energy sector.

Furlow and several others expressed hope that the Columbia Climate School, which was created in 2020 to address the climate crisis, will learn from IRI's experience in order to achieve its ambitious goals for real-world impacts.

"This approach of going into it from a problem and a use perspective, and then figuring out where we can inject the right scientific information that can help this part and that part — that’s the agenda," said Zebiak. "I think the roadmap that the IRI gives to the world is exactly what it needs to address the more complex challenges of the future."