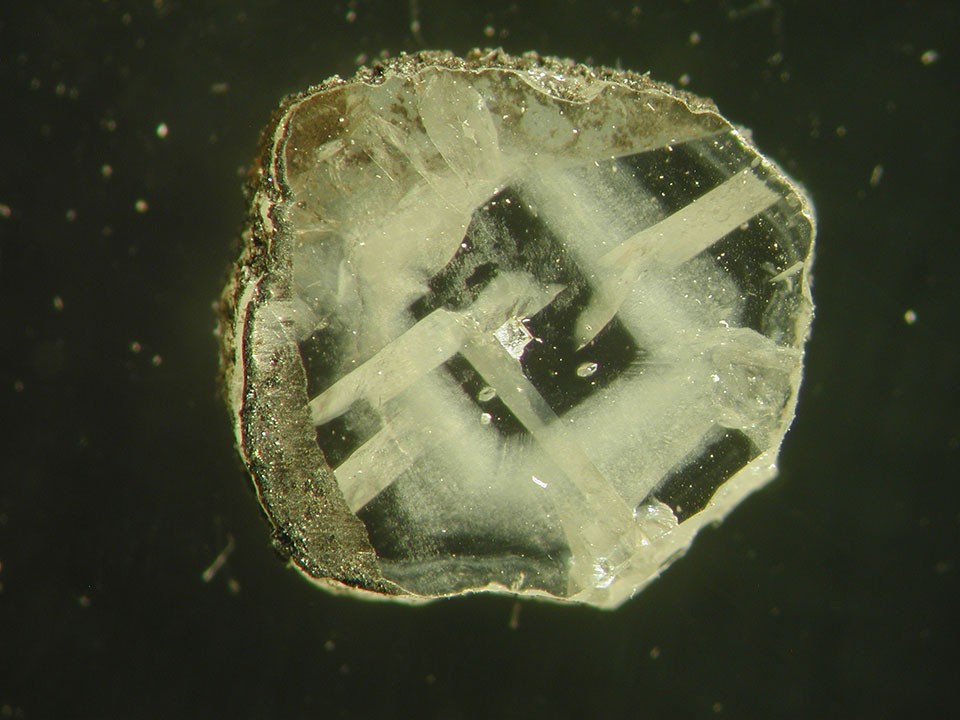 A heavily flawed half-carat diamond mined in the Northwest Territories, Canada, may hold chemical clues about why diamonds are found in farflung places across North America. (Yaakov Weiss) 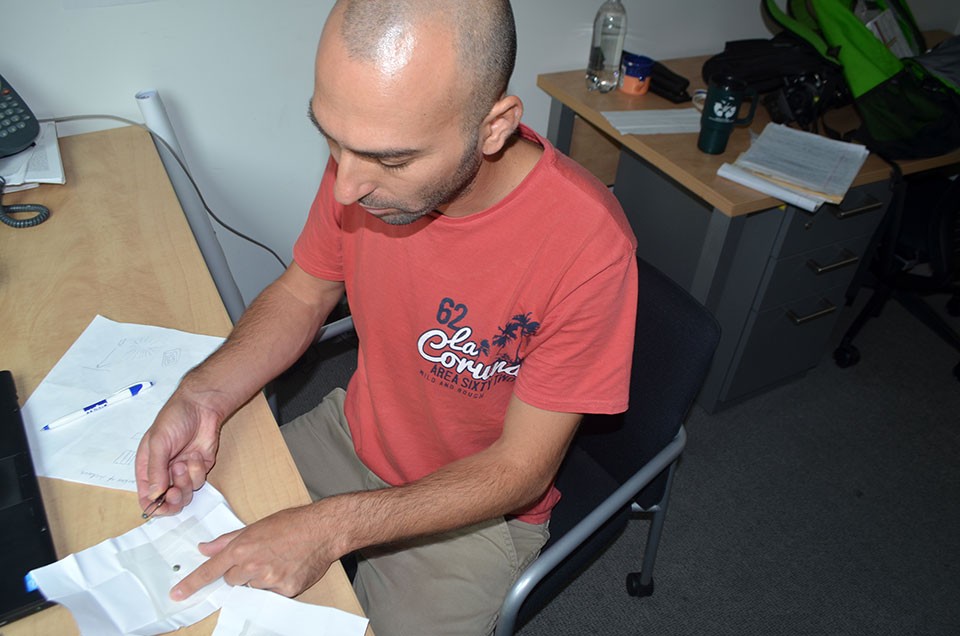 Yaakov Weiss, a geochemist at Lamont-Doherty Earth Observatory, is looking for rare diamond samples from Arkansas and Colorado in order to compare with those from the far north. In his office, he inspects industrial-grade diamonds. (Kevin Krajick) 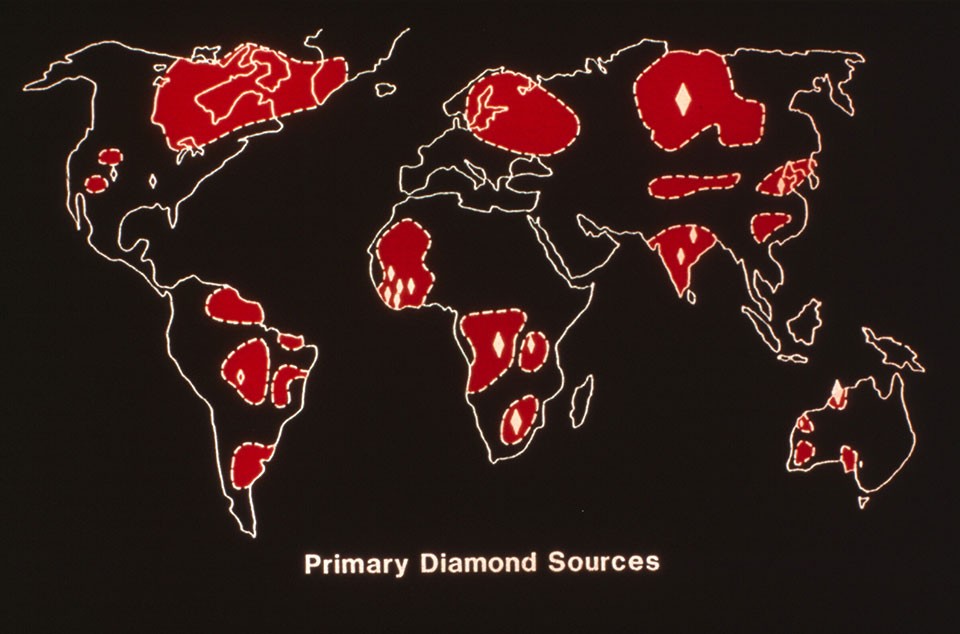 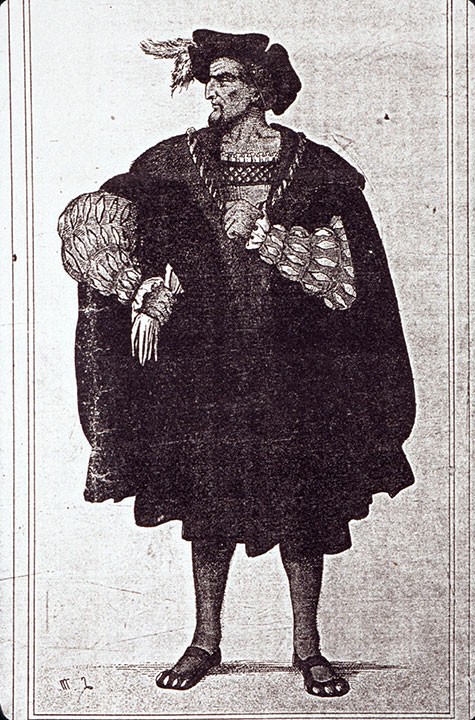 Perhaps the original North American diamond prospector was Jacques Cartier, who sailed up the St. Lawrence River in the 1530s. In a cliff near what is now the city of Quebec, he found sparkly crystals--diamonds, he thought--and shipped them to the ki 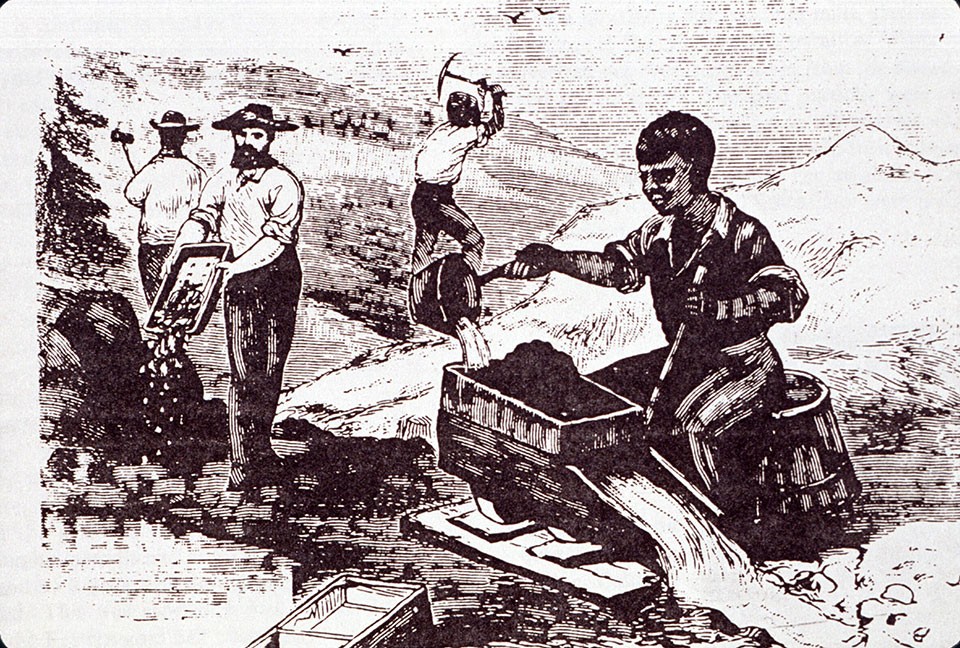 Eventually, a few real diamonds turned up. The earliest known were in the 1840s, when prospectors (here in a contemporary woodcut) in Georgia and neighboring states were sifting streambeds for gold flakes. (From âMinerals of Georgia,â Georg 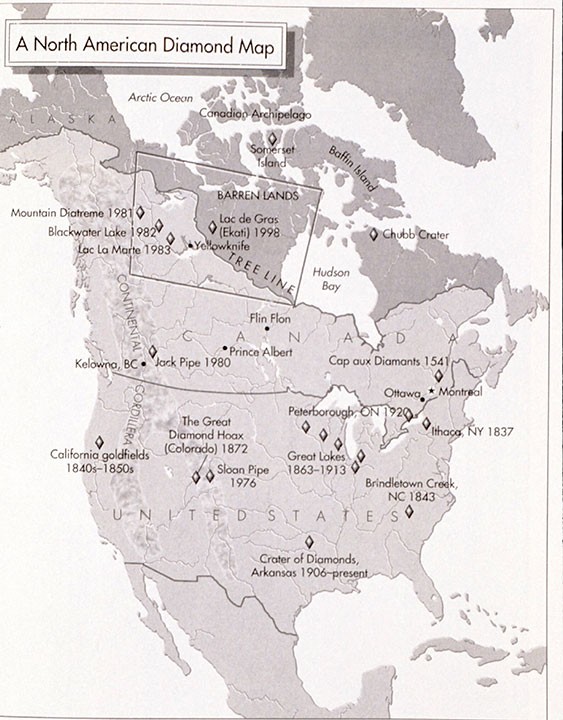 Soon, more accidental diamonds turned up across the United States, and later in southern Canada. Almost all were solitary finds, not commercial deposits. Far northern mines did not open until 1998. (From K. Krajick, âBarren Landsâ) 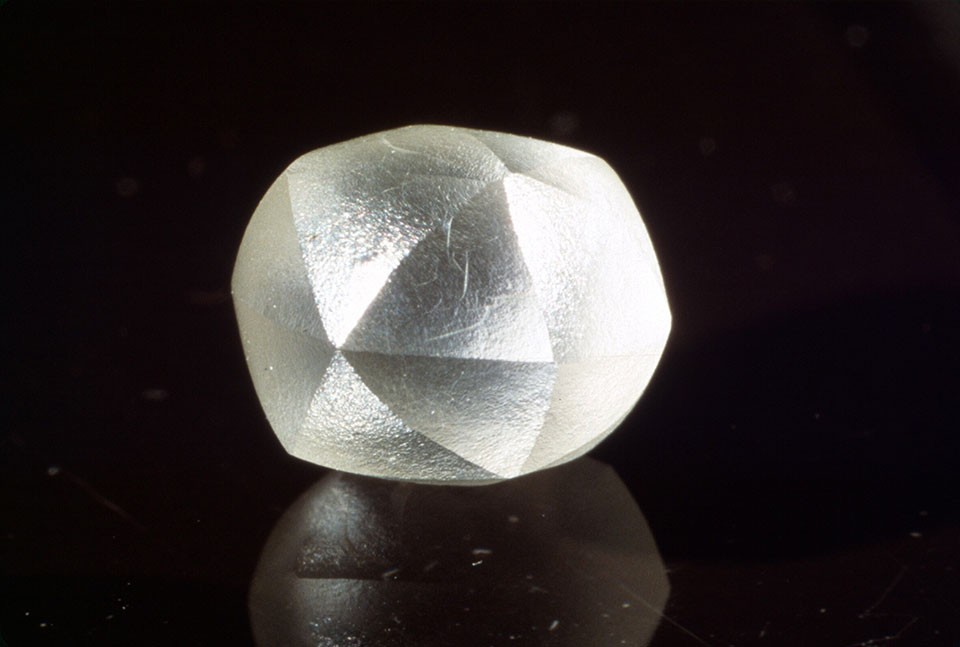 During the 1849 California gold rush, prospectors scoured creekbeds for gold, and, occasionally spotted a diamond. This 1.95-carat stone was found by Burt Carpender of Smith Flat, Calif. (California Academy of Sciences) 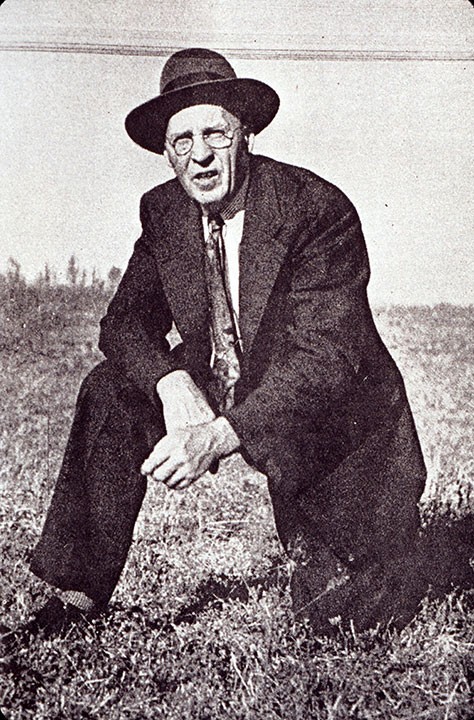 Sometimes children at play have found diamonds. Stanley Devine of Oregon Township, Wisconsin (here as a grownup) was 5 years old in 1893 when he found a perfect 3.83-carat crystal while playing in a cornfield. His father quickly confiscated it in ret 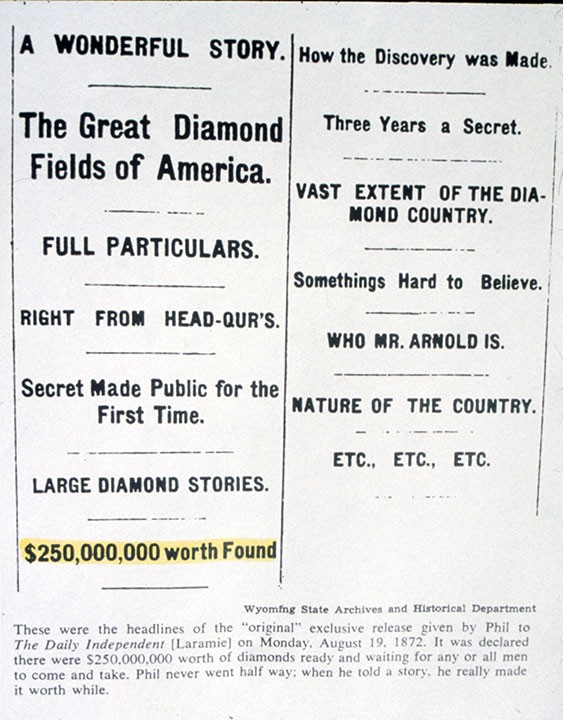 Not all the finds were real. In 1872, conspirators planted $50,000 worth of industrial-grade South African diamonds and other imported gems on a desolate plateau in northern Colorado, then gathered gullible investors for their âmine.â These 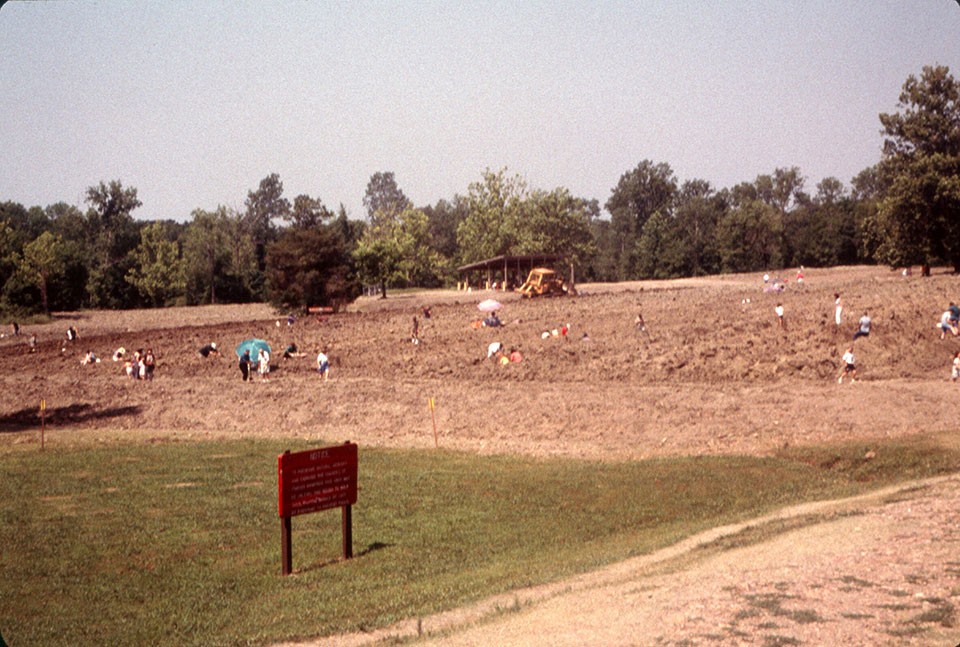 In 1906, the closest thing to a working mine was discovered near Murfreesboro, Arkansas. A pig farmer named John Huddleston found diamonds in this field (shown here in the 1980s). It turned out to be underlain by a deposit of gem-bearing rock. But it 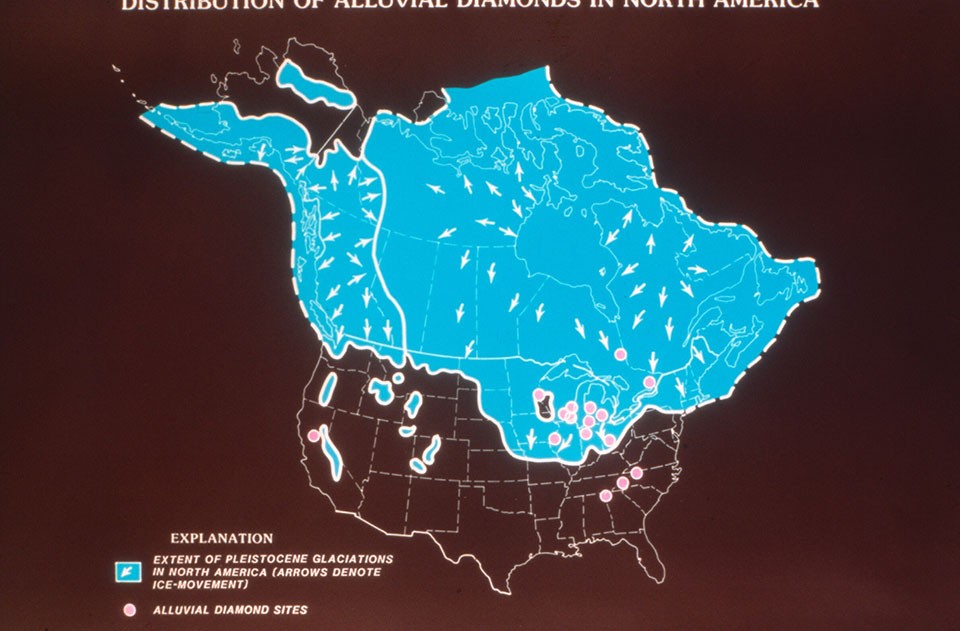 In the 20th century, scientists speculated that some diamonds of unknown origin had been carried from deposits in the far north by the great ice sheet that covered much of North America until about 15,000 years ago. The ice is outlined here in blue; 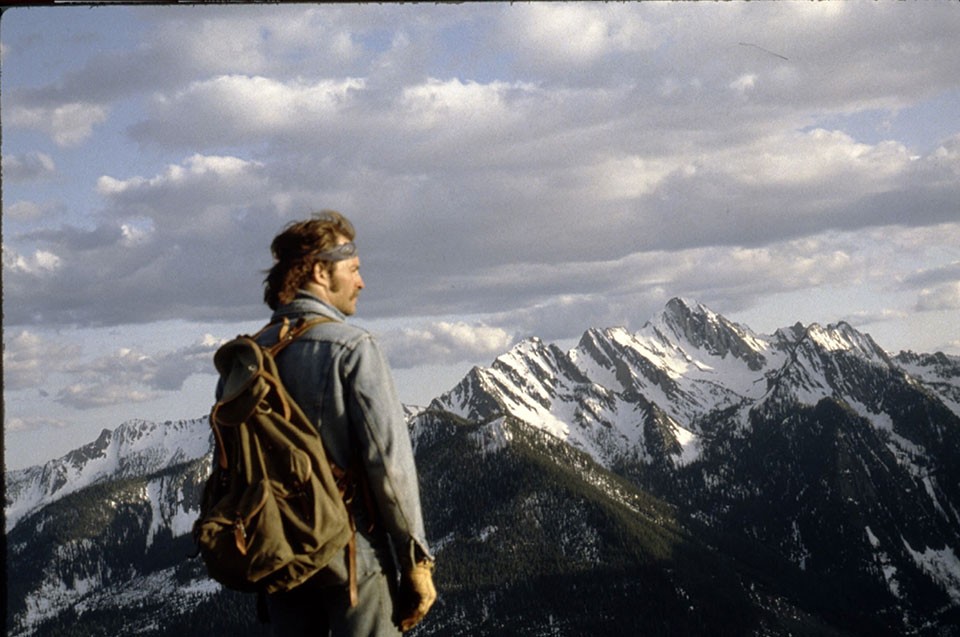 In 1980s and 1990s, prospecting teams worked their way northward through remote terrains, including the Canadian Rockies, where this crew member was landed by helicopter. (Courtesy Paul Derkson) 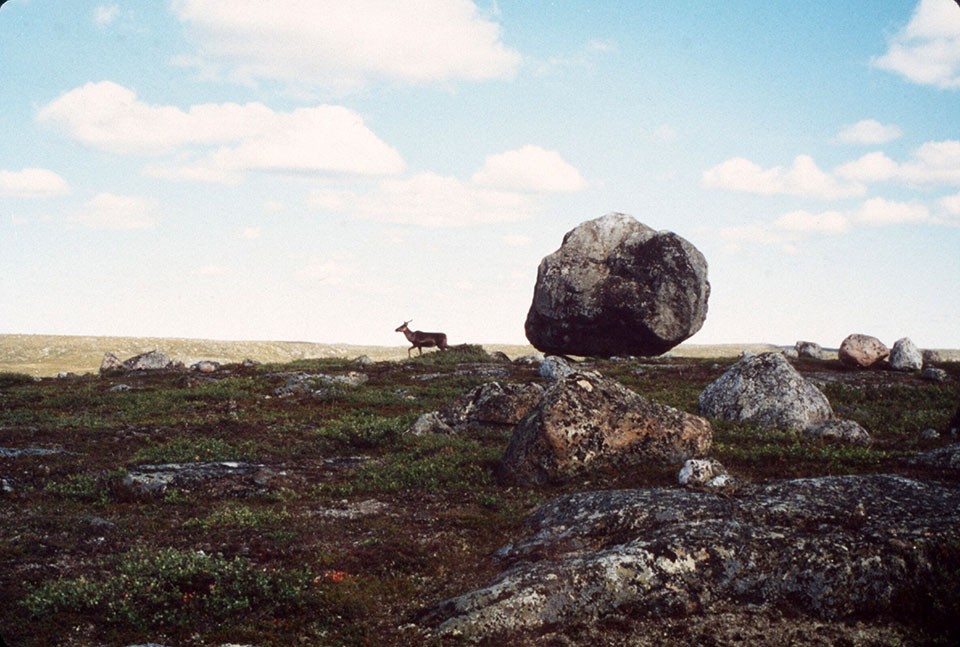 The search led to the unpeopled tundra of Canadaâs Northwest Territories, and the first profitable mines. The caribou stands by a giant boulder dropped by retreating glaciers. Glaciers also left trails of minerals from the deep earth, indicating 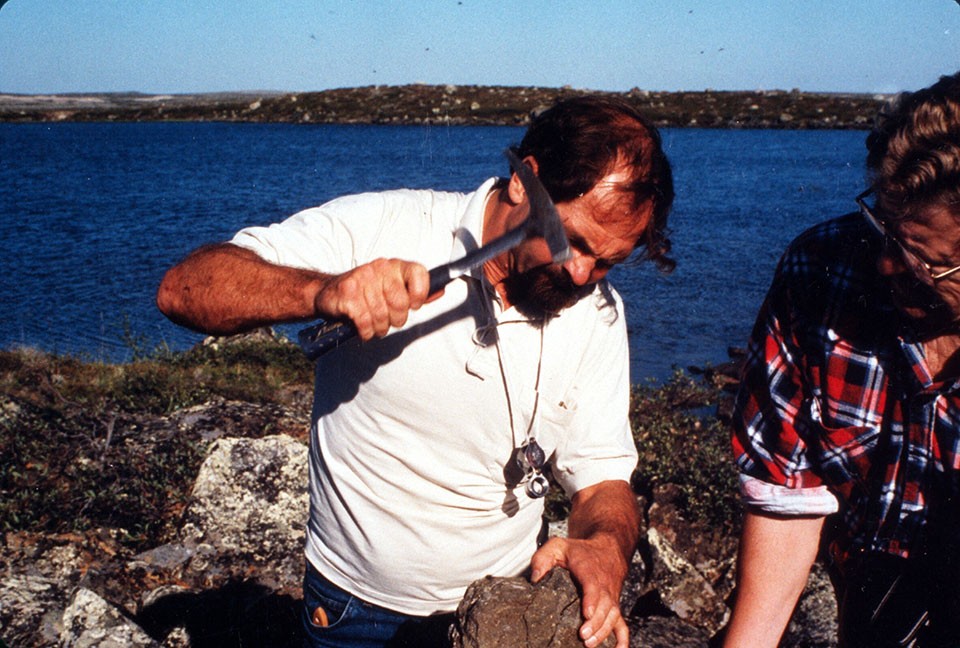 Canadian geologist Charles Fipke is usually credited as the driving force behind the far northern discoveries. Here, he pounds open a chunk of diamond ore found lying on the tundraâs surface. Right, Walter Nassichuk of the Geological Survey of C 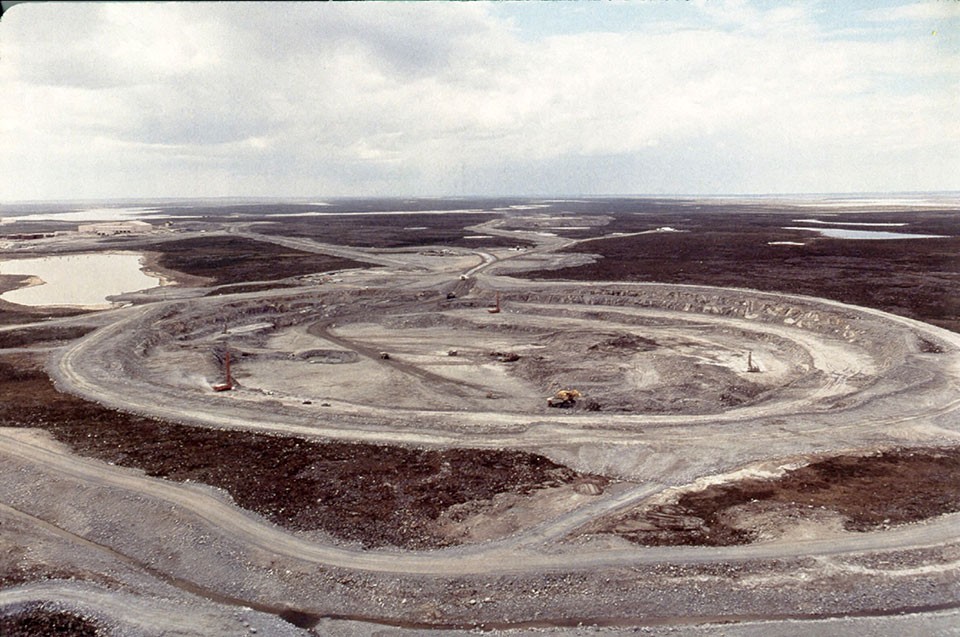 Start of the Ekati Diamond Mine, 1998. Eruptions of diamond-bearing rock formed craters that were later filled in by small lakes; miners drain the lakes, then dig straight down. The derricks in the middle are about three stories high. (Hugo Dummett) 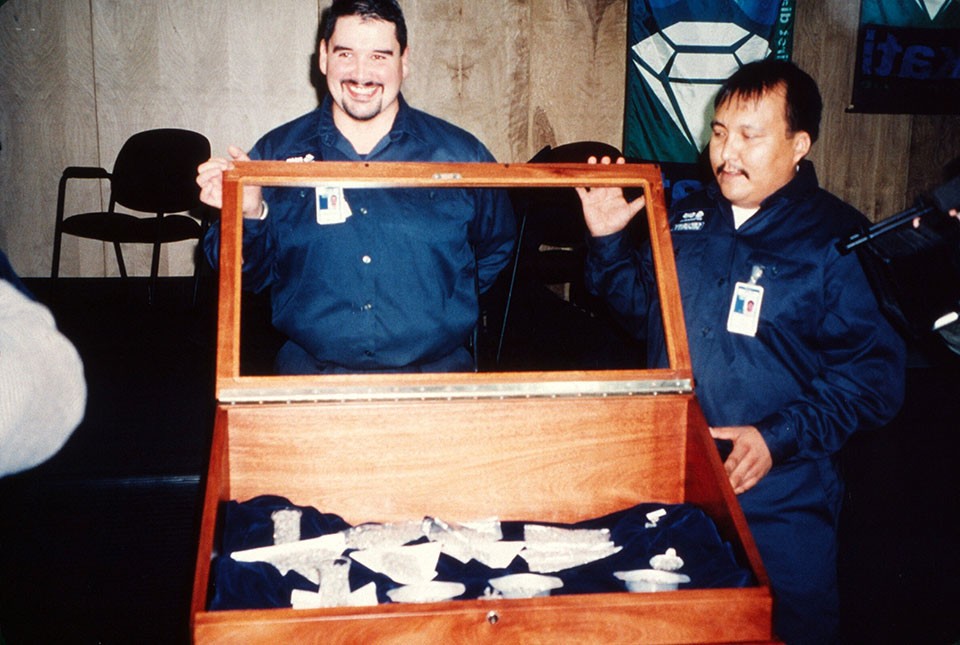 Opening day, Ekati Diamond Mine, 1998. The gems in the case represent one dayâs production, about a coffee canâs worth. Canada now supplies about 15 percent of the world gem market. (Kevin Krajick) 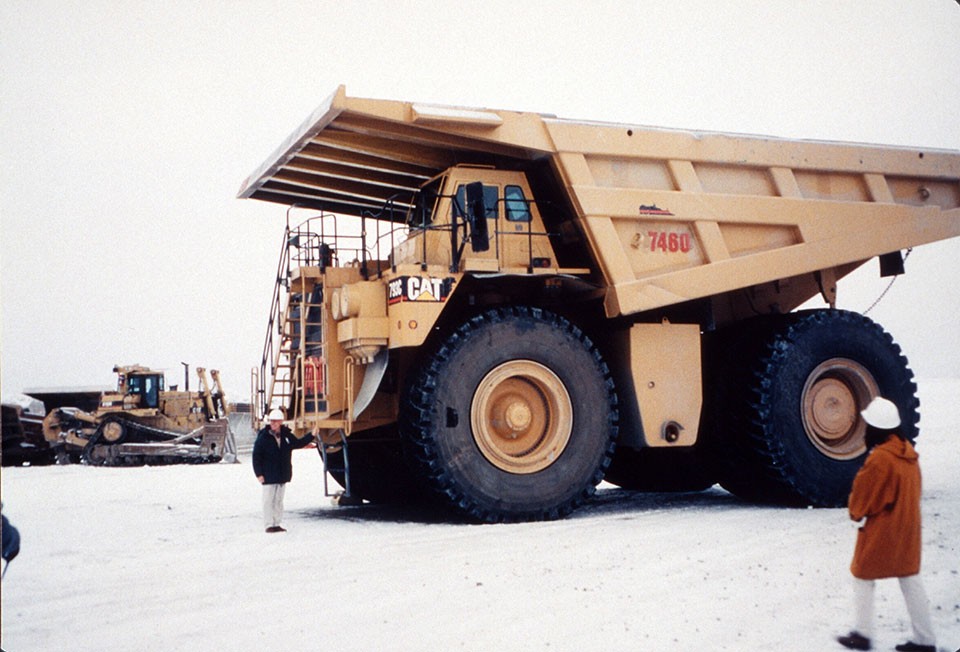 This truck hauls ore from the mine pit to a processing plantâ244 tons at a pass. Because the climate is harsh and everything must be imported, far northern mines are extremely energy intensive. (Kevin Krajick) 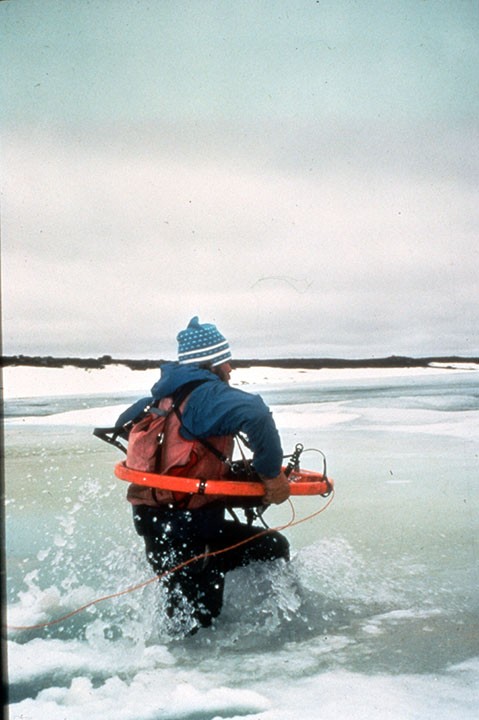 Increased human use of resourcesâespecially fossil fuelsâis affecting the far north, mainly in the form of rapid warming. Here, in late spring a geophysicist dashes across a lake that in times past would have been solid ice. (Hugo Dummett) 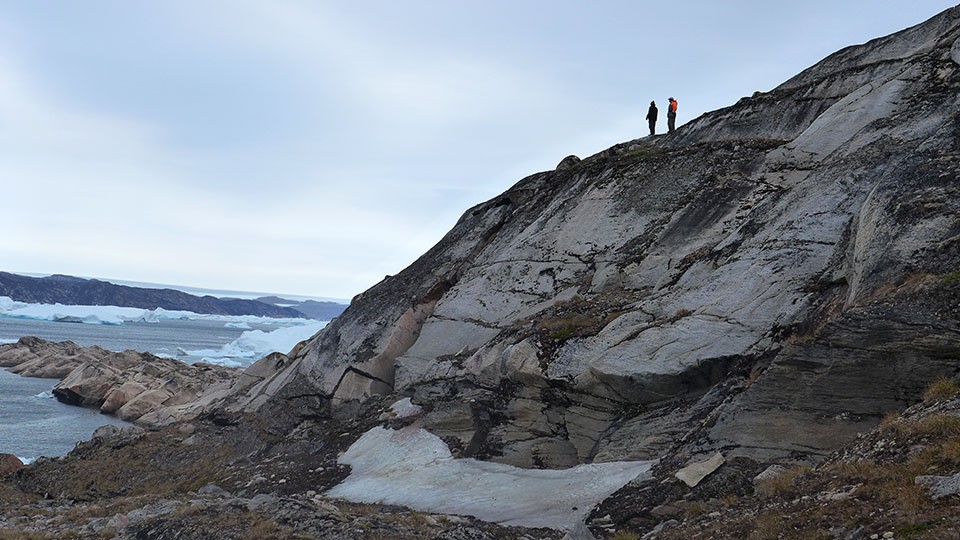 Many miles east, in coastal Greenland, glacial ice is also receding, exposing ancient rocks previously inaccessible to geologists. Recently, prospectors here have found a few modest diamond deposits, and are on the trail for more. Human activity is t

People have been finding loose diamonds across the United States andÂ Canada since the early 1800s, but for the most part, no one knows where they came from. It was not until the 1990s thatÂ geologists tracked down the first commercial deposits, on the remote tundra of Canada’s Northwest Territories.Â Yaakov Weiss, a geochemist at Columbia University’s Lamont-Doherty Earth Observatory, is investigating the origins of these rich diamond mines. He also hopes to explore the mysteries of the much rarer loose stones found in places like the U.S. Rockies and rural Arkansas. Will prospectors ever make a big strike closer to civilization? Here, a brief pictorial look at the history and science of North American diamonds. It isÂ based on the book Barren Lands: An Epic Search for Diamonds in the North American Arctic. READ THE FULL SCIENTIFIC STORY